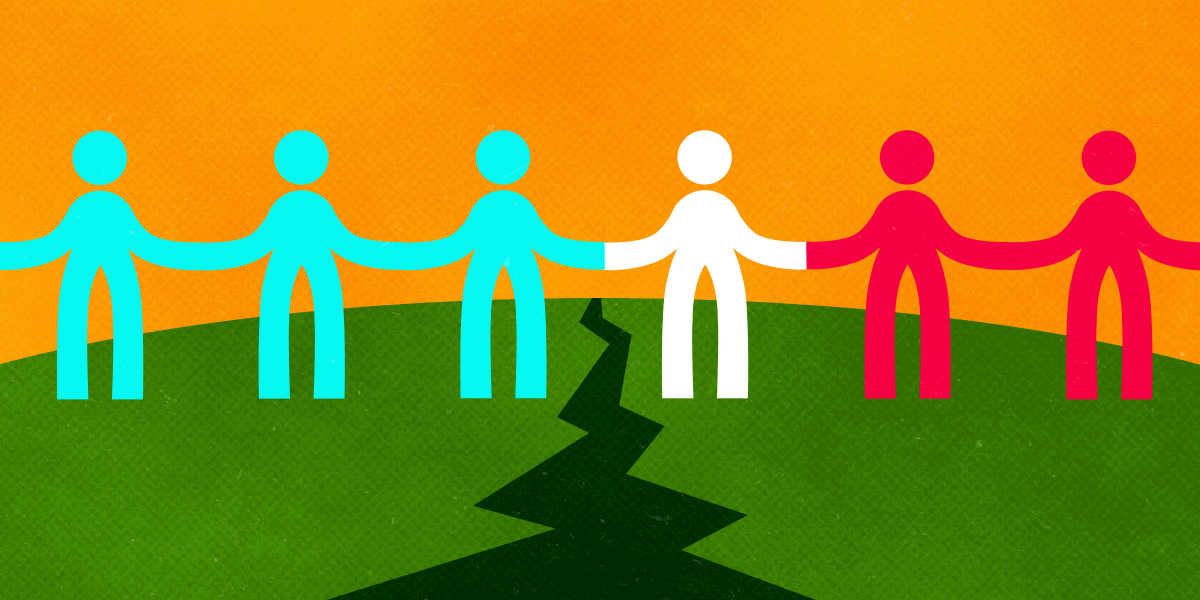 In the long-running "generation wars," Generation X  — those born between 1965 and 1980⁠  — has joked that its become the happily forgotten "middle child" in the ongoing feud between the boomers and millennials.

But as Gen X enter their prime leadership and earnings years, these leaders are finding that they're the ones with the most power to play mediator — and build powerful teams in the process. Their mix of digital savvy plus a memory of the "before times" (pre-email, social media, and the Internet) puts them in a unique position to help and understand older baby boomers, while still bridging the gap between millennials and Gen Z to develop high-functioning cross-generational magic.

From Slacking to Success

Gen X was the first generation to see both dual-career families and the rise of single-parent families. The generation was labeled "slackers" in part because of the contrast in working styles between them and their hustle-driven parents. "I don't think the slacker stereotype holds up," said Dr. Megan Gerhardt, Professor of Management at the Farmer School of Business at Miami University, author of Gentelligence: The Revolutionary Approach to Leading an Intergenerational Workforce, and a member of Generation X herself. "After having a front row seat watching the challenges and opportunities of our parents working 60 or 70-hour workweeks, we just define success more broadly. Success is more about having time for hobbies, passions, and our families." Leadership is still important and valued, but work is also balanced with other priorities.

Gen X was also the last generation to be "latch-key kids," a more free-range childhood that entailed a level of freedom to find their own way in the world and watch out for themselves, without the over-scheduling that the subsequent millennial generation grew up with. This means many Gen X leaders often have a management style based more on autonomy and independence, which can clash with the more feedback-driven millennials.

"Our generation doesn't like to be micromanaged, so our style is generally to leave you alone to do your work," said Gerhardt. But millennials can struggle with self-direction, and can get stressed without having a defined schedule, goals, and feedback, so Gerhardt recommends leaders have a direct conversation with younger reports to address this head on.

Leaders should be clear that their own preference for autonomy may result in more of a hands-off leadership approach, but that it shouldn't be interpreted as a lack of support. "For example, you can say ‘I believe in giving you space to do your work, but am here if you want to talk through anything along the way,'" she said.

This ambitious millennial drive has also caused a bit of leadership leapfrog, as some millennials are now being promoted over members of Gen X. A recent analysis by Harvard Business Review found that the majority of Gen X leaders had only one promotion in the past five years, compared to the two or more that both boomers and millennials had received.

"Millennials came into the workplace and wanted a clear and quick path to leadership, so companies responded by creating leadership rotationals and learning opportunities that Gen X didn't have access to," said Gerhardt. That means Gen X may have to focus on upskilling to stay relevant, just as all generations will have to do in the future. "Leverage the independence we are so well known for and be proactive in sharpening your skills."

One way to do this is by employing reverse mentoring, a practice that pairs a younger worker with an older worker. This allows a younger team member the chance to have influence and input on the topics and skills that matter to them, while empowering an older team member to learn new skills and valuable trends. In research by the Harvard Business Review, the practice has been shown to improve millennial retention, grow digital skills among the larger organization, and promote greater diversity.

The Boss of Boomers

It's not just the younger generations that Gen X has to be prepared to manage ⁠— but boomers too. One survey found that more than 40% of people over the age of 35 were reporting to someone younger than them. Gen X can play this leadership role particularly well when approached correctly.

Gen X was the first generation not to value the strict hierarchy of the workplace, which can be an asset when it comes to managing older generations and respecting what their experience brings to the table.

"When you're leading people that are older, it's never not going to be awkward," said Gerhardt. "But leaders can frame this as a powerful partnership. As a confident leader, you can get to know them and their experience and perspective. Asking them how they would approach an issue shows respect, and acknowledges that they know things that can be very valuable."

Gen X can also help older generations bridge the digital divide. Gerhardt's older colleagues approached her at the beginning of the pandemic to ask for help using Zoom. And since Gen X grew up in a world before technology took over, approaching them can often feel safer than asking someone from a younger generation who may have less patience for a lack of digital dexterity.

The X at the Crossroads

Though generational differences have been used for decades to drive age groups apart and create competition, Gerhardt believes it's actually to our benefit to learn about the different styles that come from such broad age diversity and lean into it to make a better workplace.

"Generational differences tend to be framed so negatively, but we can look at it as a very valuable form of diversity," she said. "We can view our differences as an opportunity instead of a threat, champion different perspectives, and value and engage each generation."

Are We Headed for a Work Life Balance Revolution? (Hint: Not Likely.)