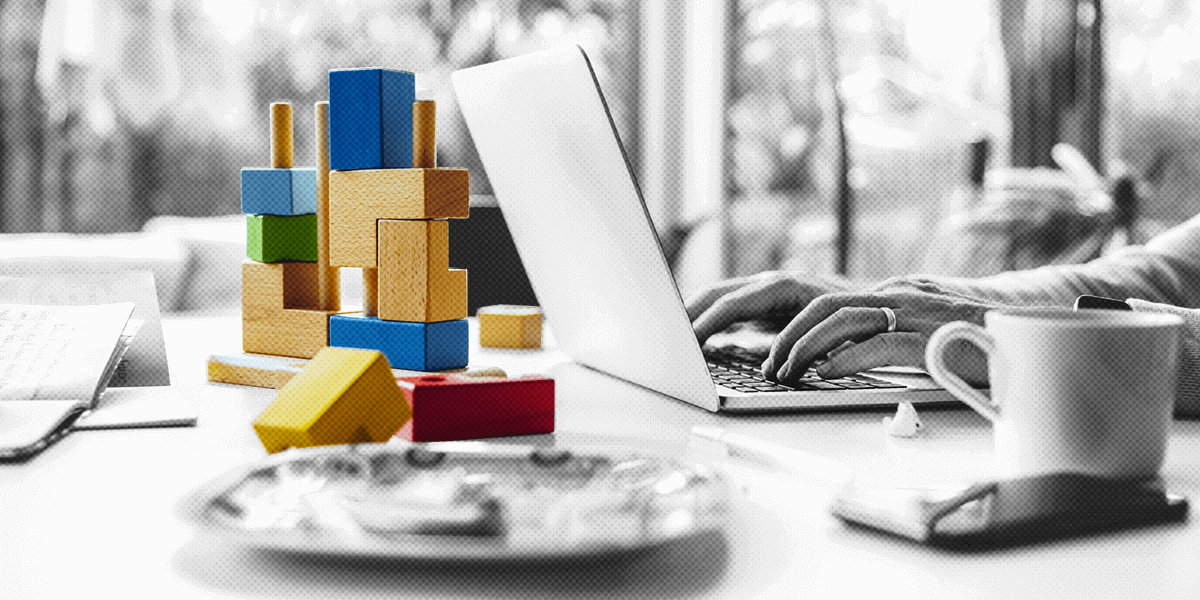 When Chief Member Molly McDermott Walsh and her husband decided they were ready to start trying for a baby, they were elated to get pregnant right away. "My husband was like, 'Are we getting everything we ever wanted?'" Walsh recalls.

Within days, she was spotting and tests at the doctor's office revealed she was likely headed for miscarriage. At the time, Walsh's boss had been her mentor for more than a decade, so she felt comfortable sharing. In a couple weeks, Walsh began to experience extreme pain accompanied by excessive bleeding, and rushed to the emergency room to treat what turned out to be an ectopic pregnancy. She asked her boss, who had promised to cover for her at work, to tell her team that she was in the ER, but her boss didn't follow through. Walsh's team continued to email her throughout the day.

"She never took anything off my plate, and in fact continued to add to it," Walsh recalls. "She didn't actually give me the space to go through the miscarriage." She took two and a half days off work, but ended up going back before she had fully processed the miscarriage because there was so much going on. "Once people knew what I was going through, they were supportive. It sucked that I had to put it all out there in that way in order to get the time [off] that I needed."

Dealing with the physical and emotional tolls of starting a family — including pregnancy, fertility treatments, and pregnancy loss — can be incredibly overwhelming, especially when simultaneously handling a challenging job. More women than ever are working while pregnant, while also feeling more exhaustion and pressure at work than they did the previous year, according to McKinsey's 2021 Women in the Workplace survey. About a third of American adults say they've used some type of fertility treatment or know someone who has. And at least 15% of pregnancies end in miscarriage. While some high-profile women like First Lady Michelle Obama, broadcaster Erin Andrews, and Dutchess Megan Markle are starting to speak publicly about their fertility treatments and miscarriages, experts say that the modern American workplace still has a long way to go before it truly works in sync with women's reproductive lives.

Cynthia Calvert, a Senior Adviser at the Center for WorkLife Law and Principal of Workforce 21C, says that the American workforce is still designed around the 1950s concept that the "ideal employee" is a white man who will work for decades and never take time off for childbirth or child-rearing. By the 1980s, the cult of overwork reigned, with long hours signalling the best employees without room to assess other qualities like empathy or emotional intelligence.

"We've been trying to fit women into this 'ideal worker' model," she explains. "We have a workplace where all the norms are based around male life patterns and male bodies, and so we view women as aberrations, as something that needs to be accommodated." While an ever-increasing number of companies, from Starbucks to Pinterest to Facebook, offer fertility benefits such as egg freezing and IVF to their employees, a cynic could view these benefits as a tactic to squeeze more work out of women during their prime earning potential years, which unfortunately coincide with their prime reproductive years. While Calvert says it's important for companies to offer such treatments in order to provide women with more options, the bigger societal change we need is to offer more family-friendly options to all employees.

In the U.S., the decision to have children is often synonymous with a career setback, costing highly-skilled women an average of $230,000 in lost wages during their lifetimes. The U.S. ranked dead last in terms of family-friendly policies in a UNICEF study of 41 developed countries, largely because it's the only one that offers no federal paid family leave (new research shows that offering paid leave and childcare unsurprisingly narrows the gender pay gap).

In contrast, Estonia offers over a year and a half of paid time off to new parents, and several countries such as Austria, Germany, and Norway offer more than 50 weeks. Lengthier paternity leave — which has been shown to have a number of benefits, including keeping dads more involved in housework and childcare — is offered in Japan, South Korea, and Spain. Nordic countries offer subsidized childcare to families, which has been shown to keep women in the workforce as well as cut back on the motherhood wage penalty.

Beyond implementing more family-friendly policies at work, the experts say women would be better served by more open dialogue and transparency about the trials of starting a family.

Cassandra Pratt, Senior Vice President of People at Progyny, a fertility benefits company, never imagined that she'd need to use her own company's fertility benefits when trying to get pregnant. But when she went through IVF for her two pregnancies, she says the entire process "opened my eyes to a lot of the challenges that people will face," from fertility clinics that book months in advance, to the early morning monitoring appointments crammed in before work, to the grueling egg retrieval procedure.

"Oftentimes it's not just a half day off work or a day off work," Pratt says. "I've seen people try to come back [to work] and it's been too painful and they need to leave, because they can't focus."

During one of Pratt's IVF cycles, she got pregnant, and unfortunately suffered a miscarriage. She only took one day off work to recover, and on the following day, as she walked to the train station to begin her commute, she broke down in tears. "I thought, 'I can't do this,'" she recalls. She called her boss, who happened to be Progyny's CEO, and explained that she needed more time to heal. "My hope is that more employees feel like they can have those conversations with somebody in their organization, so they don't have to get on the train," Pratt says. "That they can have the time."

Progyny recently announced it will offer employees five paid days of leave after pregnancy loss, and Reddit offers eight and a half weeks of paid leave for pregnancy loss for both mothers and fathers. "Starting to put out there that you offer miscarriage leave signals to employees that they have the support and it's okay to talk about it," Pratt says. Both Calvert and Pratt stress the importance of joining support groups at work, whether they're for employees undergoing IVF treatments, or for working parents.

"If you don't start the dialogue, people can't help you," says Pratt. "Having an open conversation with either someone on your leadership team or someone in HR is really the best way to find the help that you'll need."

In the absence of national policies that support women's reproductive lives, American workplaces must make a paradigm shift to bolster women as they move up the career ladder and build their families at the same time.