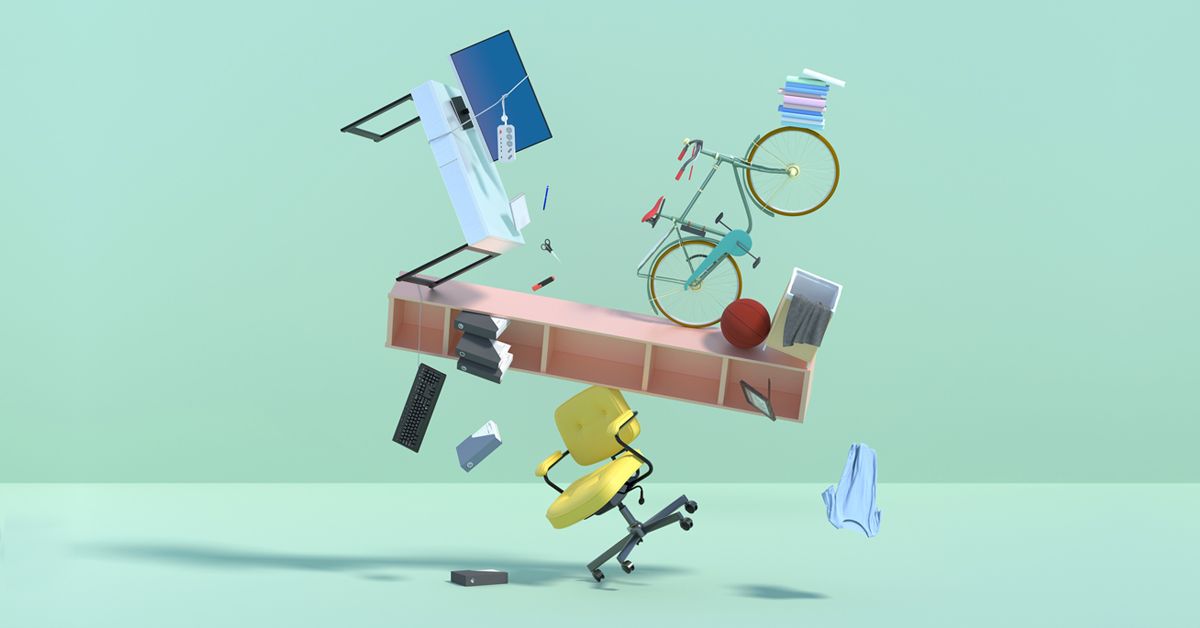 You’ve definitely seen the high-achieving multitasking heroine. She’s making dinner with one hand, typing with the other, on a call with the third, perhaps holding a baby with the fourth. She’s a multi-armed stock photo, or an octopus lady photoshopped on a magazine cover.

You know her. Maybe you are her.

For many ambitious women, the ability to master multitasking was supposedly a path to success. The irony is that it actually made many women feel scattered, overworked, and underappreciated — all while getting passed over for promotions. Despite growing awareness that the multitasking superwoman is an elaborate fabrication duping women into doing more for less, it’s not easy to escape the pull of shared cultural expectations, explains Dr. Laurie Weingart, Professor of Organizational Behavior at the Carnegie Mellon Tepper School of Business.

“By default, we turn to women when we need non-promotable tasks done,” Weingart said. “What happens is that on the flipside, we internalize this role, and women are often more likely to volunteer and say ‘yes’ to doing them when asked. It’s a self-perpetuating cycle, and then we say ‘yes’ because of the fear of violating the expectation.”

The Myth of Multitasking

The concept of multitasking has been around since the 1960s when IBM first used it to describe computer functionalities. Since then, it’s become part of our workplace lexicon, going from a nifty trick enabled by technology (sending emails and talking on the phone at the same time was once revolutionary) to productivity optimization strategy to a cringey buzzword. And it was women, questionable research suggested, who were simply better at doing lots of things at once.

Then came the plot twist: multitasking actually diminishes productivity. The brain can shift between tasks, but it can’t parallel process. Shocking! The American Psychological Association reported that shifting between tasks can cost as much as 40% in productivity, and other studies suggest that “media multitasking” (listening to music and simultaneously checking email) diminishes the ability to focus attention.

If women have bought into the belief (consciously or not) that they must do it all at once, they’re often focused on others, not exclusively on their own ambitions. It creates a vicious cycle: women take on more, but fall behind in ways that count, then must keep taking on more to prove themselves, again.

Office housekeeping, organization busywork, or the mental load that’s part of domestic labor or child-rearing are one way women tend to multitask. Another is by getting saddled with non-promotable tasks, which Weingart defines as work that women do that helps their organizations but does nothing to advance their careers.

“These are usually shorter-term assignments that need to be done quickly. Can you help with that, cover for me here — these tasks are the interrupters, as opposed to the work you're hired to do and is longer term and requires that depth,” said Weingart, who co-wrote The No Club: Putting a Stop to Women’s Dead-End Work. “These tasks tend to be less tightly tied to the organization’s bottom line, and they tend to be behind the scenes and less visible. When you define it that way, it’s much more than office housework or taking notes or getting the birthday cake.”

“What we often assume is that women are asked to do non-promotable tasks because we’re better at them or we enjoy doing them,” said Weingart. “What our research shows is that it’s not what’s driving this.”

In her research, Weingart found that at one firm, women consultants were working 200 more hours than their male colleagues. For younger women consultants, the tradeoff was between high-value work and other tasks, so when they came up for partner, they had less billable hours despite doing more work. For senior women, the issue was different.

“What’s interesting is that the senior women weren’t making a trade-off; the time was coming out of their personal life. So they were working longer hours, and they were putting in a month of extra work above male colleagues.”

The implications run deep. When multitasking pulls focus, it also erodes the ability to enter the deep thinking state of flow, or the optimal state of mind at which we feel and perform our best. Add in distractions of modernity — from Slack to email to the daycare group chat blowing up about spirit day — and for many women, this state of productive flow is elusive.

“Especially for people who are working longer hours, you see a lot of stress, burnout and negativity in terms of health and wellbeing,” she added.

Monotasking Is the New Multitasking

Now, after years of leaning into multitasking, many women are realizing that doing simultaneous tasks isn’t part of the promotion track. It’s the path to burnout. This awareness is the start of helping “women step back and figure out how to improve,” says Weingart.

Before committing to a task, Weingart suggests determining whether it’s of high value to your organization. If you still feel compelled to do it, try to understand your motivation for saying yes. Sometimes it’s guilt or fear of letting others down.

Then think about your performance: What criteria are you evaluated on? What’s your skill set? What do you bring to the organization that sets you apart? And does this task relate?

Remember that you might be better at non-promotable tasks because you do them over and over, not because you were born that way. It’s a feature, not a bug, of a patriarchal system, and it’s always easier to ask the person who will say yes.

The answer is easier said than done. Just say no. After all, monotasking is the new multitasking.