Mellody Hobson on the Importance of Offering and Asking for Help 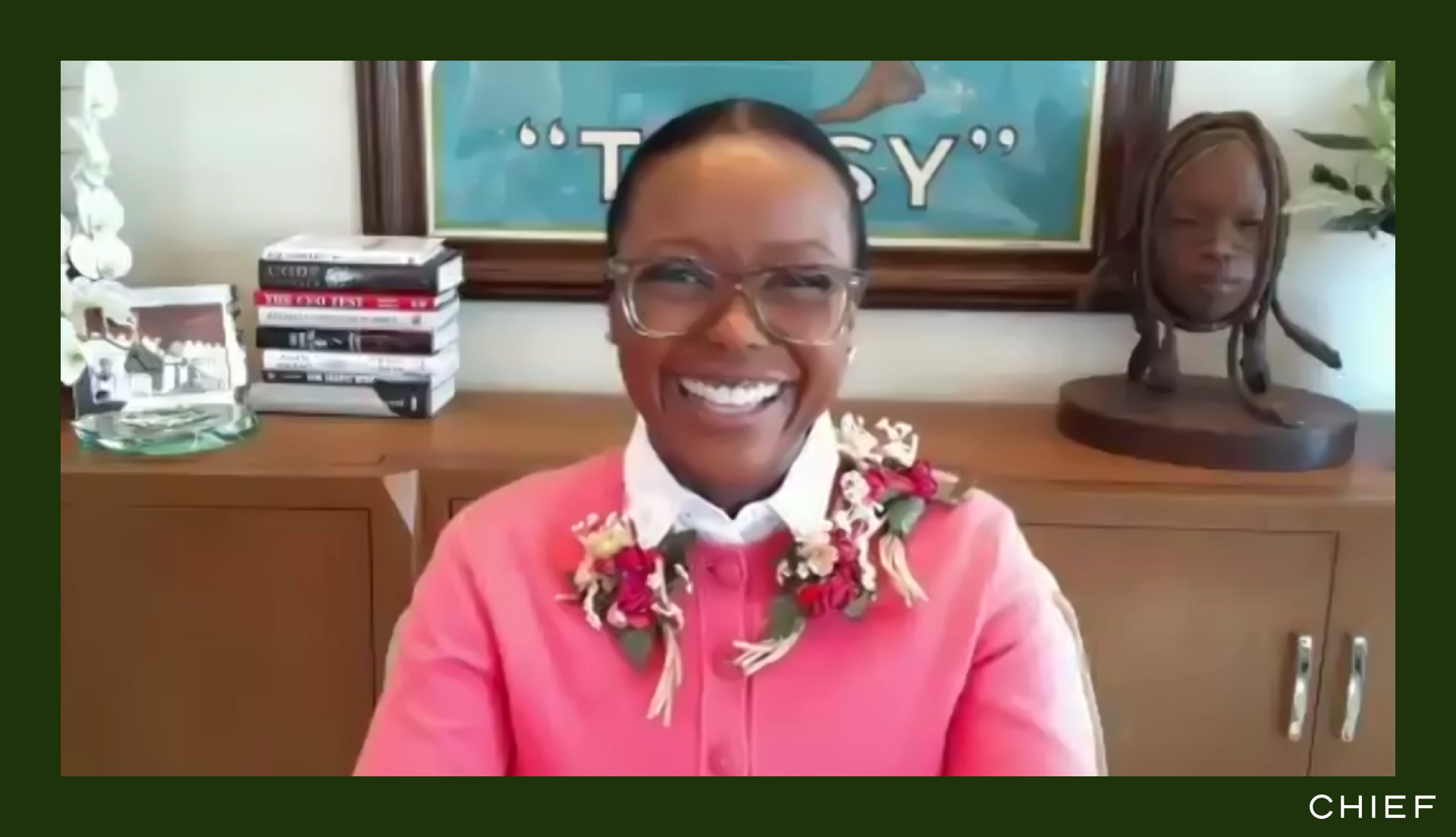 Renowned business and financial literacy leader Mellody Hobson is a force to be reckoned with. As the Co-CEO and President of Ariel Investments and the recently installed Chair of Starbucks’ Board of Directors, she’s currently the only Black woman holding that role for an S&P 500 company. With stints under her belt on the boards of JPMorgan Chase, where she currently serves, and formerly DreamWorks Animation and Estée Lauder, Mellody brings a wealth of knowledge to every discussion about women in business. She did just that when she joined Chief members in conversation with Arielle Patrick, Ariel Investments’ Chief Communications Officer and Chief Founding Member.

To kick off the conversation with Chief members, Mellody shared a personal moment that she says shaped her into the person she is today: getting sent home from school as a teenager, because her mother couldn’t afford the $750 tuition. “At that moment, I became super resolved that I would never be in that situation again,” she recalled. “It wasn't the financial, it was the sense of helplessness.”

Build Your Personal Board of Directors

Of course, mitigating feelings of helplessness is much easier when you have a reliable inner circle that will steer you in the right direction when you’re not sure how to move forward. Enter Mellody’s “personal Board of Directors,” a group of people with “no agenda” that the mogul consults for gut checks on important decisions. To develop that inner circle, Mellody insists that mentors and mentees alike should put in work when building relationships. “Mentorships, when they are at their very, very best, are two-way streets,” she said. “I always used to think about who I would call in the middle of the night if I was in trouble. And then one of my friends said to me, ‘Mellody, it's not who would you call? Who would call you?’ That shifted everything.”

Her No. 1 Tip for Getting on a Board

Talking about her experience serving on the boards of various organizations, she shared a particularly salient piece of advice: Don’t lobby for it. Mellody cautioned members that actively positioning yourself as wanting to be on a board could work against you. “You're supposed to be found,” she explained. “And the only way that I know to be found is you must be doing great, great work. You must be exceptional.”

For those looking for tips on how to do that, Mellody advised members to invest in authentic career connections — explaining how follow-up correspondence with then-Senator Bill Bradley led to her role as a volunteer for his presidential campaign, and ultimately her seats on the boards of both Starbucks and Dreamworks. “I did the work, and then people took me with them.”

How Corporations Should Manage Perception With Reality

When asked about what it’s like to occupy the spaces she does as someone who is, as Arielle described her: “unapologetically a woman and unapologetically Black,” Mellody spoke of the responsibility that corporations have when it comes to getting it right with diversity, equity, and inclusion. “We're bringing our whole person to work and corporations understand they have to deal with that. How do we create a fair and equitable environment when it's all too clear that has not been the case?” she said.

In an era when so many companies feel compelled to let their customers and stakeholders know where they stand on issues of equality, Mellody advised business leaders to think twice before making a statement that sounds good but doesn’t ring true. “If you don't mean it, don't say it — because your people, your friends, our society will hold you accountable and it can get ugly,” she said. “It's no longer good enough to make pronouncements and announcements. We have to show results.”

Read Next: The Importance of Making More Generous Assumptions

Blazing a New Trail to the Top: From C-Suite to CEO