Cut Us Some Slack: Have Chat Tools Ruined Remote Work? 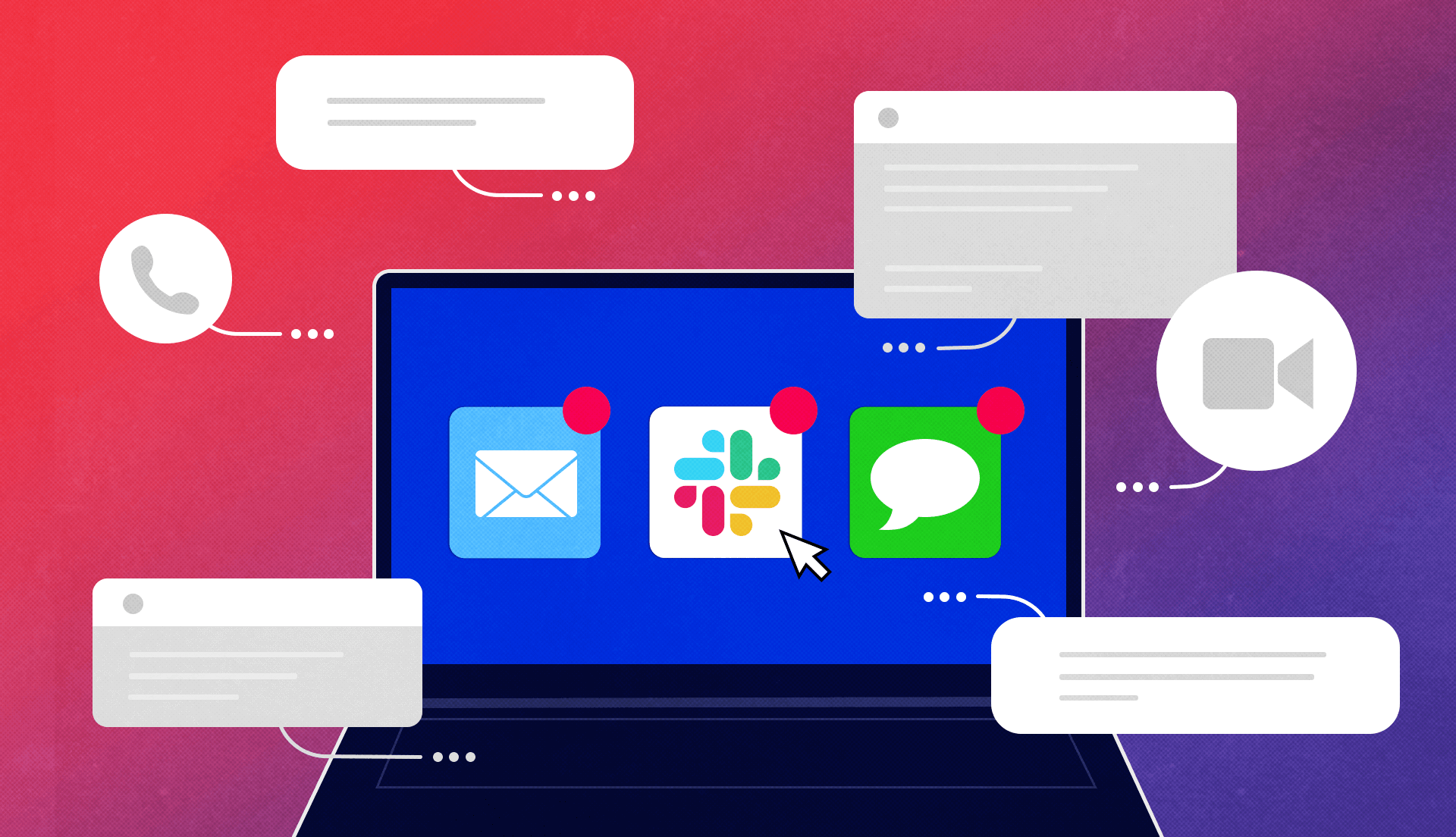 When Founder Jaclyn Strauss went to market in February with her digital organization company, My Macro Memoir, she realized her team could use a little organization too, at least for its communication.

"During the development process, Slack was a great tool to use," she says. "However, as things started to pick up and more team members came on board, I found it was becoming a time suck instead of a time saver. There were too many channels and too many threads, and I noticed we all started to get Slack fatigue."

So, after a team meeting, Strauss and her employees, who all work remotely, came to a decision: No more Slack. Instead, they would utilize an old-fashioned device: the phone. Or a text for urgent questions.

Strauss isn't the only leader taking a hard look at her company's communication methods. When many workplaces went remote in 2020, the proverbial water cooler was replaced by chat channels filled with gossip, gifs, and reality TV recaps that helped build necessary bonds between colleagues. Slack — and similar messaging offerings from Google and Microsoft — were a lifeline in a sea of digital isolation.

"We've seen a significant increase in the number of hours spent by employees on communication apps like Slack after the pandemic hit, a trend that persists to this day," says Charlene Wang, VP of Marketing for Fin, a platform that tracks how employees use tech tools to help companies boost their productivity. Prior to the pandemic, employees spent less than 5% of their working hours on communication apps. In June to July 2020, usage peaked at over 25%. It's leveled off, but people still spend around 10% of their working hours on apps like Slack, Wang says.

Communication apps do more than just foster camaraderie — they also help colleagues collaborate on projects, a crucial ability in an increasingly remote work world. But left unchecked, the apps can balloon into too many channels with too few rules.

That's what happened at Gadget Review, on the company's Slack channel for general chat.

"When a male employee started making comments there that made female employees uncomfortable, we took some time to evaluate our approach," says CEO Christen Costa. "We concluded that the myriad of channels we had was unprofessional and opened employees up to distraction and potential abuse. We cut a good 30% of our channels and just reverted to the professional ones."

Even when used judiciously, messaging apps have a big downside: They're incredibly distracting.

"Slack is just another source of interruptions," says Gloria Mark, a professor in the Department of Informatics at University of California, Irvine. That's a big problem for employers, since workers lose 23 minutes on a task every time they're interrupted, according to research Mark co-authored. Mark found that people don't just go back to their original task after, say, responding to a chat. They might also answer an email or browse Twitter. "People have on average about 2 to 2.5 intervening tasks before they go back and resume what they originally were interrupted from," she says.

Mark suspects workers are making up for that loss in productivity by plugging in longer hours, but even if they aren't, the constant distractions take a toll, since switching between tasks uses cognitive resources. "That's why people feel exhausted," she says.

Part of the problem is the nature of chat, which demands an immediate response, unlike email, in most cases. (Mark's research shows that employees check their email an astounding 77 times a day.) Employees worry that if they can't keep up with the conversation, with a timely factoid or witty riposte, they'll be viewed as hopelessly out of touch by their manager or coworkers. In other words, Slack fosters FOMO.

And the more time workers spend glued to Slack, the less time they have for "deep work," i.e. focusing on the job they were hired to do.

"Slack destroyed remote work for a lot of companies, because the gift of remote work was deep work. If you're working at home and there's nobody coming to distract you — there's no water cooler and no audio or visual distractions — you can really get into deep work," says Natalie Nagele, Co-Founder and CEO at Wildbit, a software solutions firm that was able to transition to a four-day workweek in part by limiting distractions like Slack.

Like Strauss and Costa, many leaders are revising their company's rules for messaging. Some have switched to using task management tools like Asana and Monday, which cut down on chatter by providing visibility into deadlines and progress for every project. The programs also allow for communication on any given task — but the pressure to respond asap isn't as intense as with chat tools.

Others are simply scaling back. At hemp-infused gummy brand Elevate Delta 8, employees are asked not to download Slack on their work phones, and communication is limited to a few hours a day.

"By using Slack between 9 AM to 12 PM, productivity has noticeably increased, albeit by a small margin," says Founder and Chief Technological Officer Jessica Lipton. "We're seeing fewer workers on their phones and noticed higher output in the form of emails sent, daily targets met, and fewer queries."

While chat tools seem crucial to a future of remote work, it may be time to assess whether Slack is working for your business or against it.