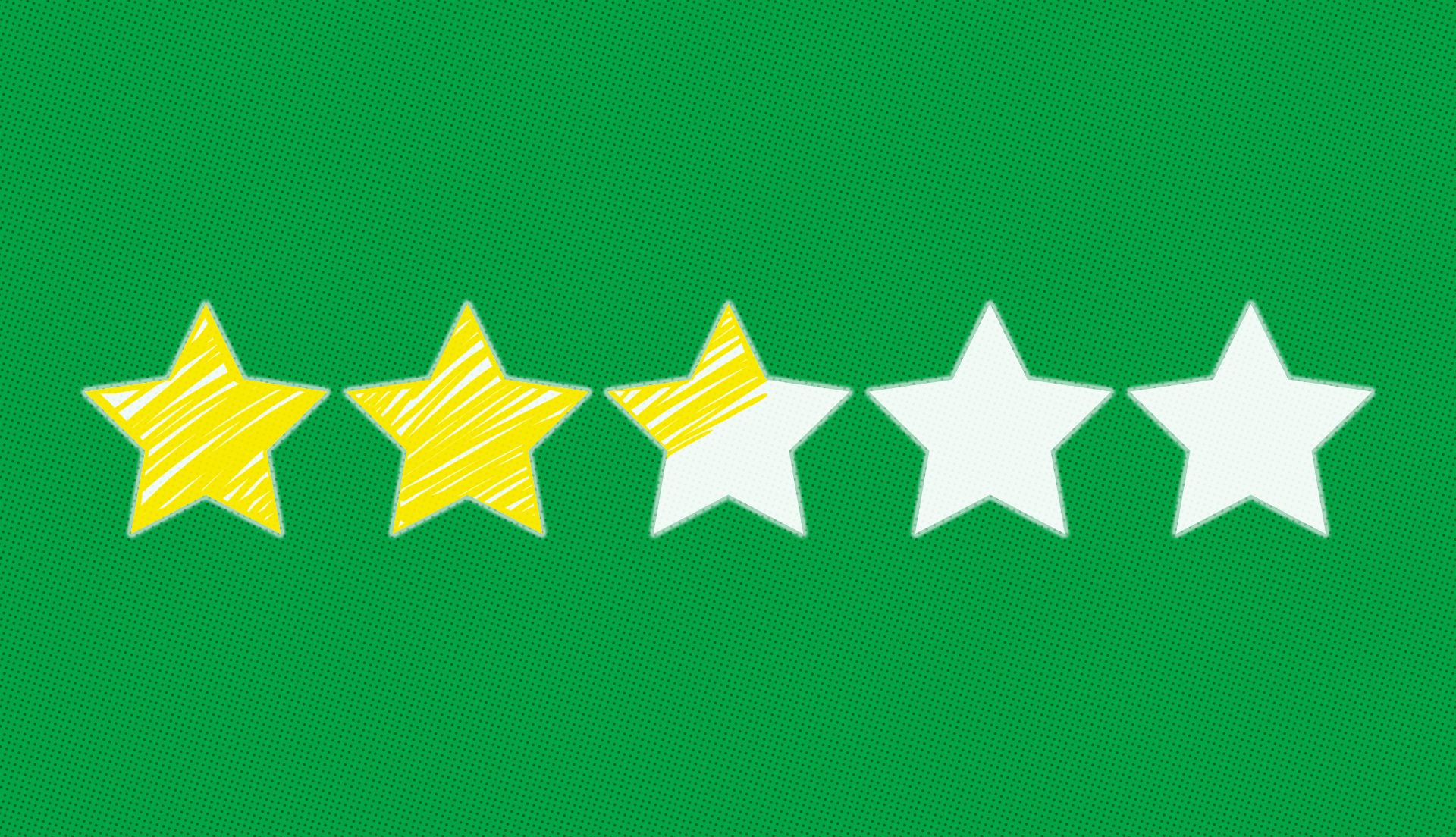 In corporate culture, from startups to the Fortune 500, self-evaluation is a core piece of performance reviews. But emerging research suggests that this standardized practice can actually contribute to the gender pay gap and unequal advancement. According to one study, the inequity begins with numerical rankings—the ubiquitous 1-5 scale we've all filled out leads women to consistently rank themselves lower than their male counterparts do, despite objectively performing the same.

A study by the National Bureau of Economic Research asked men and women to complete a test with 20 questions, then report how they thought they performed. When asked to rank their performance on a scale of 1 to 100, the average woman ranked herself at 46, while the average man ranked himself at 61—a staggering 33% difference—even though both genders performed equally on the test.

"Self-assessments are completely subjective, by design. But when an assessment tool requires a numerical response, that subjective information often gets turned into an objective data point," says Malika Amandi, Executive Coach and Founder of The Center for Women's Voice. "What started as a perception, maybe a woman not wanting to seem overly confident in her role, can become the reason she has a lower performance score." Over time, this perceived "performance gap" costs women promotions, bonuses, and the sense that she's valued within the organization.

By changing this paradigm and normalizing performance review tactics for equality, leaders can start to remove this persistent self-promotion gap, and evaluate women fairly.

Rely on Narratives, Not Numbers

While providing a numerical data point, number rankings in a performance review don't necessarily give a full or accurate picture of an employee's performance. Instead, whenever possible, seek narrative answers in self-assessments.

"A short paragraph or even a couple of sentences can provide much more context and insight into the way an employee evaluates their own performance," says Amandi. "Offer specific prompts like, 'How did you improve communication within your team this quarter?' versus broader questions like 'Describe your job performance this quarter.' This leads to a more accurate and nuanced understanding of someone's work."

Even with narrative reviews, managers need to be aware of their own biases (and organizations need to control for this too) when it comes to how they perceive and rank gendered traits. Recent research still shows significant gender inequities in how traits like "taking charge" are valued in men and women; men receive a more positive evaluation when they demonstrate that trait, whereas women who share that trait don't benefit the same way in their performance rating.

If your self-rating scale absolutely has to rely on numbers, you can better understand potential bias by averaging your team's scores by gender to normalize any potential gap.

"Once rated, compare the rating distribution between male and female employees to make sure there isn't any gender bias," says Andrea Lagan, COO of HR platform Betterworks. "Calibrating performance appraisal ensures consistent employee performance evaluations and eliminates bias. When done well, it ensures everyone in the department is ranked using the same evaluation criteria."

It can also be helpful to be extremely clear on what the numbers represent. Words like "poor" and "very good" can be too open to interpretation, says Amandi. Instead, provide a detailed description, or even better give concrete examples of how the organization interprets each number. Google recently updated its notoriously involved performance review process with a simpler five-star scale, ranking performance from "transformative impact" to "not enough impact," with its middle score being "significant impact." Though perhaps still imperfect, a score asking managers to strictly evaluate an employee's impact to the company can be more straightforward than a nebulous rating like "meets expectations."

Managers can also encourage honesty over humility, informing employees about the tendency for women to self-deprecate—giving them the license to rate themselves more objectively (which often means rating themselves higher than they might otherwise).

Annual performance reviews also suffer from recency bias, with managers glossing over yearlong accomplishments in favor of more recent performance. Studies also show that feedback for women tends to be less frequent, and more vague and non-specific than the feedback offered to men. Women are often told that they're doing "a good job," but managers don't tie it back to a specific action or a business outcome. Leaders can improve on this by standardizing the feedback process as much as possible.

"Have systems in place to enable and ensure frequent manager-employee coaching conversations" says Lagan. "Organizations should also provide best-practice feedback templates to their managers so they can ensure that the conversation with their reports is intentional, growth-oriented, and constructive in nature."

Tracking for the Long-Term

Whether you implement annual or quarterly reviews or a more continuous performance evaluation, it's important to track an employee's progress over time, so both parties can understand their own growth within an organization.

"For women, who are typically very humble and self-critical when evaluating themselves, seeing tangible growth and gains over time can be very empowering and provide them with a confidence boost," says Lagan.

By recognizing potential for bias in performance evaluations and offering more thorough and specific feedback for all their reports, leaders can ensure that women's performance is more accurately and objectively captured, all of which can go a long way toward minimizing the persistent gender pay and promotion gap.

1 in 4 U.S. Adults Have a Disability — and It's Past Time to Make Space for Them