'We're Constantly Making Trade-Offs:' How These Working Moms Climbed Their Way to the Top 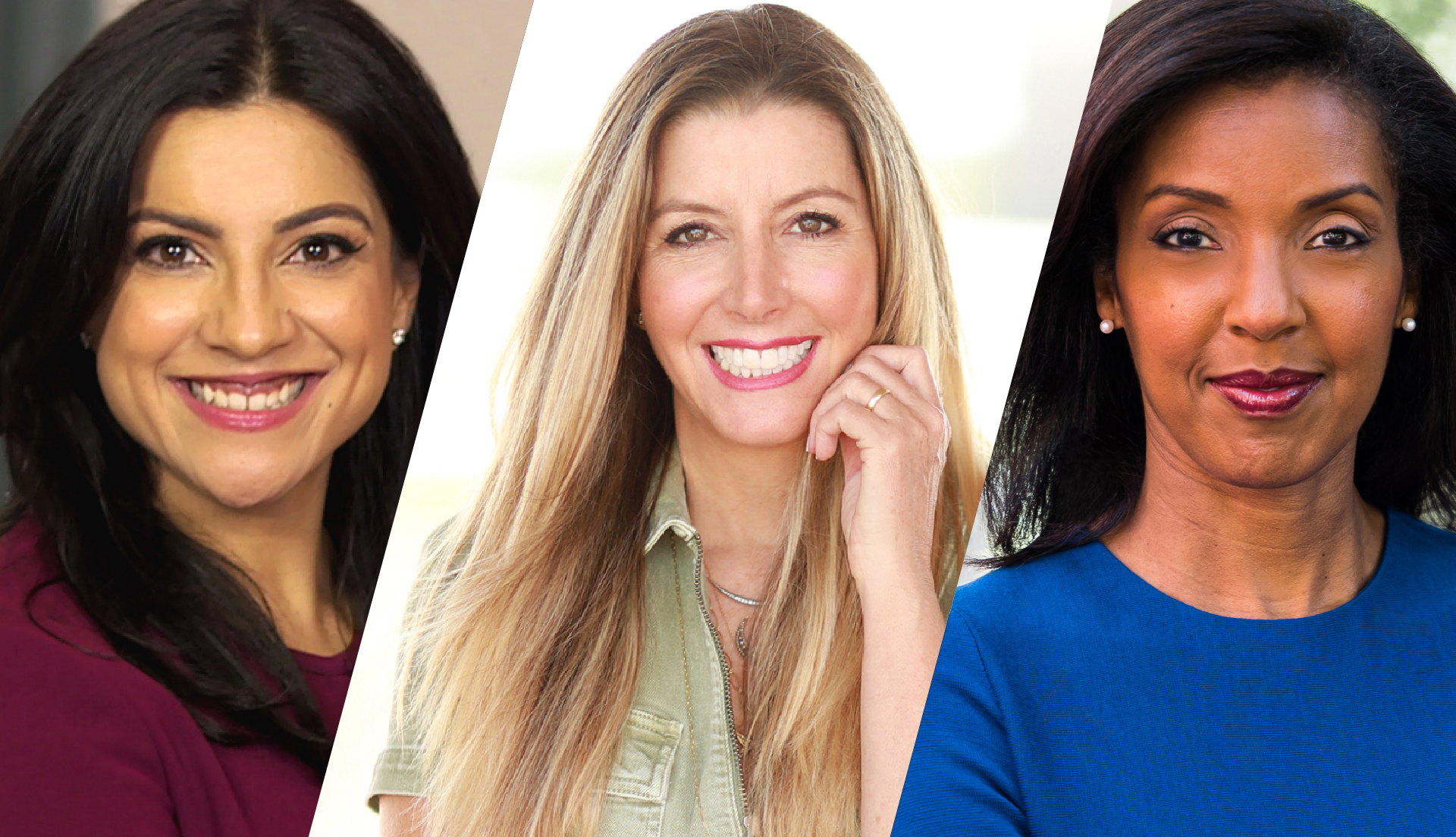 This year's Mother's Day is bittersweet to say the least. The workforce is still reeling from the pandemic's forced exodus of working moms with nearly one million poised to not return. For those who remained, the C-Suite faced extraordinary levels of stress during this era of constant change, while executive women still carried the brunt of childcare and household responsibilities. It's a wonder that moms only get one celebratory day of the year.

Despite these hurdles, the women who climbed to the executive seat need to not just be commended but asked: How? This Mother's Day, we spoke with four industry titans about just that, as they shared how they managed the very real reality of being tugged in two very different but equally demanding directions.

From Spanx Founder Sara Blakely, a mom of four, to Girls Who Code Founder and Marshall Plan for Moms CEO Reshma Saujani, mom of two, these executive women share the keys to thriving not just as businesswomen, but as mothers too.

On Creating Equal Division at Home:

"One day, the wheels were falling off the bus for me, and I wrote everything in one column that I was doing to make the household work, and then I put everything that I thought that my husband, Jesse, was doing to make the household work. It was a really enlightening moment for us as a couple. He took it really well, but I wasn't even aware of how much I was absorbing and taking on. I think culturally and societally, we saw what our mothers did. We saw what our mothers were expected to do, and what our grandmothers did and what they were expected to do. Now there's this dynamic that we all have another full-time job because we're working and we're career women as well. That doesn't really work. You've got to really communicate with your partner. Jesse kind of cried a little bit when I showed him that list and thankfully said, 'Wow, let's divide this up differently.'"

On Getting Rid of Guilt:

On Setting Boundaries at Work and at Home:

''I have two little kids (a two-year-old and a seven-year-old). At my house, my husband does the nights and I do the mornings. At 6:00 PM, if I'm sitting around watching Netflix and [my husband] Nihal will be like, 'Hey, can you warm up the bottle or just change the diaper?' I'm like, 'No, no, no, you do nights.' So, at six o'clock, I leave, I book a girls' dinner, I have dinner by myself, but the whole point is I'm out. I've set a tangible boundary in my home that just doesn't move. That doesn't get shifted. And those boundaries extend into the workplace: no calls after six, don't call me on the weekends."

Erika James, Dean of the Wharton School of the University of Pennsylvania

On Getting Comfortable With the Trade-Offs:

"I would say for those who are grappling with many issues like home life, families, eldercare, childcare, professional work, all of that, I've come to believe that we can't have everything at the same time and that we're constantly making trade-offs. And the biggest thing that we can do is get comfortable with the trade-offs we need to make at any given time. It's the guilt factor that I think is so much more debilitating than anything else. I think one of the things that I've tried to do is share with my family over the course of my career, 'I'm going to try to be there for you and for the things that are important to you as often as possible, but there will be moments when I can't,' and preparing them for that I think is important."

"I've also had to become comfortable with letting my team know, 'I've got to fly home to Atlanta after this because my daughter's performing in a play.' Which means there are going to be a few hours of the day that I'm going to miss because I'm on a plane and I have to get comfortable with that. And I think we all recognize we're all grappling with the same thing and we all have to let go of the guilt."

On Defining Balance For Yourself:

"I think that for a long time, besides not being given the [same] opportunities for a myriad of reasons, as women we have chosen (a lot of the times) family over work because we know that it falls to us to create an amazing new generation. There are great dads, don't get me wrong, but the bottom line is that really women are the ones that raise the families. And this is while bringing home the money to keep the family going because more so now it's really difficult to raise a family and have a good life on only one salary, unless you're lucky. So I would say keep at it, we can do everything. The keyword to me is balance and we need to be able to choose that balance for ourselves. To some women, it'll be all work because that's what they want to do and that's fantastic. To [other] women it'll be, 'I think I want to take this time in my life and be there for my kids.' And for [other] women, it will be juggling all of that the entire time, but we can do it."

Layoffs Are Coming: How to Handle a Workforce Reduction Correctly