An Argument for Anger: How to Use This Taboo Emotion for Effective Leadership 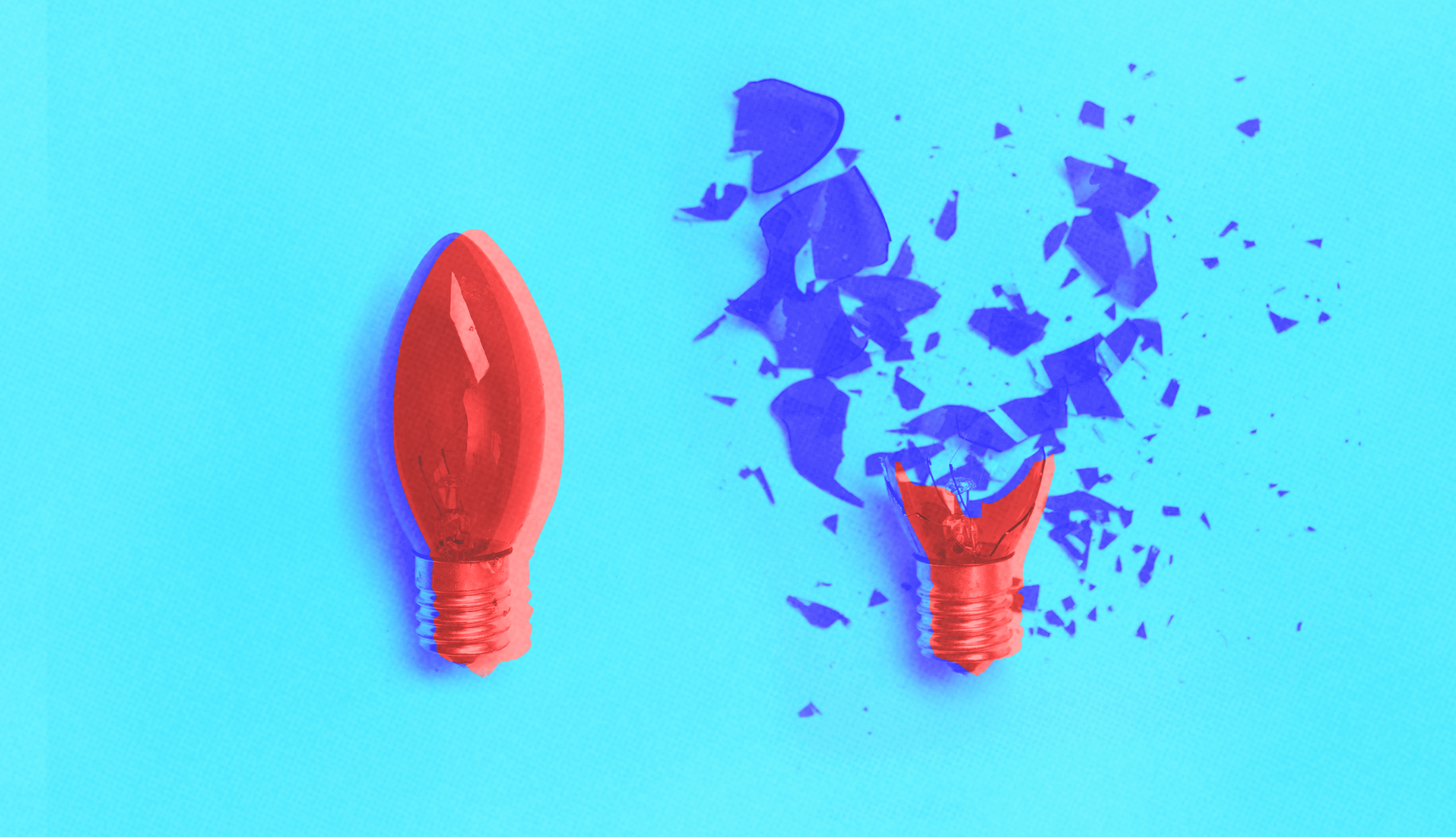 Ever since women began to climb the executive ladder, they have been scrutinized, judged, and penalized against a double standard that’s skewered all facets of their work to their person — from how they should write an email to how to express an emotion in the workplace. Study after study has shown that women executives who express anger at work are deemed "unlikable," "too aggressive," or "unprofessional," which costs them status, salary, and promotions. For men executives, though, emotional outbursts tend to be perceived as decisive leadership, a relentless pursuit of standards, and having power in the organization.

To manage this double standard, while still avoiding accusations of being overly emotional or god forbid dramatic, women executives have kept this taboo emotion at bay. But leaders regardless of gender should have the opportunity to harness and express a fuller range of emotions — which can lead to more effective, honest leadership. Research shows that leaders who focus on feeling and reappraising their emotions build higher team morale and motivation than those who suppress their feelings, which has been shown to cause undue stress on both a leader and their team.

"Emotionally intelligent leaders embrace anger as their secret weapon for stamina, strategy, and use it to develop buy-in," said Sahar Paz, CEO of Own Your Voice Strategy Firm. The key is to understand the root of the anger, tune into what it's trying to tell you, and respond in the most strategic, self-regulated form. Organizations also need to support this change by creating environments that value the full expression of all emotions, regardless of gender.

Anger isn't an emotion to be feared or shunned. In fact, it's an important signal that all leaders should pay attention to when it’s triggered.

"Don't push down your anger; feel it," said Paz. "This particular emotion is triggered when you are signaled that something is not right. It is an emotion that is designed to keep you surviving."

Keep in mind that anger can show up differently for different people — whether it's feeling the need to yell, cry, or shut down. But the trick is to notice the emotion and take a few seconds to process what triggered it. Upon examination, you may often find that a closely held value is being violated.

"Often we feel anger (or its first cousin, frustration) when one of our values gets disrespected or contradicted," said Darcy Eikenberg, leadership coach and author of the forthcoming Red Cape Rescue: Save Your Career Without Leaving Your Job. "That's why the same stupid action might make you furious while your colleague decides it's not a big deal. They may not share your values."

For example, one of Eikenberg's C-Suite clients was left out of a meeting held between her colleagues and the board. "She values inclusion, and this oversight ticked her off," said Eikenberg. But a later conversation with one of the colleagues revealed that they themselves valued freedom and thought they were saving her time by freeing her from several hours in the boardroom.

Expressing anger as you feel it isn't always its most productive use as a leader. That isn't to say we should suppress it, but rather, use it strategically for long-term change.

Once you've evaluated what challenge or problem the anger has revealed, it can be utilized to create positive change. "Anger can trigger optimism because you're focused on achieving something different than what is currently taking place," said Paz. "You have a choice to not replicate the systems or issues that are not working. Everyone is waiting for someone else to take the first step, so be that leader who does."

While research into the effects of race and expressing emotion is still lacking, some results show the consequences of expressing anger may be even higher for non-white women. One survey of women in science found that 60% of Latinas reported backlash for expressing anger compared to 54.4% of Asian American women, 49.7% of white women, and 47.8% for Black women.

Another recent study looking at the interaction between race, gender, and anger found that people were more likely to perceive anger as an internal characteristic when the person expressing the emotion was a Black woman — "she’s so angry!" as opposed to "this situation angered her." This racist perception leads to worse performance evaluations and leadership capability assessment.

Being mindful of these unjust realities, recognizing the emotion is still the first step into addressing what can and should be done. "Anger is the beginning of thought. With that, we can't rush to conclusions, because we are in danger of being inaccurate," said Dr. Kerry Mitchell Brown, Equity Strategist and Cultural Architect. "Missteps are going to be used against people who are more marginalized. So as much as possible, we have to be able to stand by what we say."

Dr. Mitchell Brown suggests taking a moment and pausing before saying anything, making sure one’s remarks are something you actually want to stand by. Calling a trusted friend or colleague can often be a good step to help process the situation.

In the Heat of the Moment

But Dr. Mitchell Brown also notes that sometimes, we can't help but express ourselves in real time. When it comes to something like blatant disrespect or harassment, you don't need to apologize for course-correcting the person with an emotive response. People have the right to feel angry in the face of injustice and oppression, quoting Brittney Cooper’s book Eloquent Rage, which Dr. Mitchell Brown shares with the women she coaches. "We do get angry — but how do you make it work for you?"

Paz suggests women in aggressive, male-dominated environments have some prepared phrases that are graceful, yet strong. "One of my favorites is, 'That wasn't necessary, gentlemen,'" she said. "You want to have your muscle memory prepared."

Dr. Mitchell Brown also encourages women to lean on her friends and supporters in an organization who can help translate your anger and objectives and who will support you even when you're not in the room. "It's easier to express a full range of emotions when you have support," she said. "When folks are saying 'Did you see Kerry? She is so angry!', they can engage and work with you to help to change others."

Women executives can't and shouldn't be expected to change an entire workplace culture on their own. Rather, creating a space where expressing anger is not only tolerated but respected has to be addressed collectively and systemically as an organization.

Dr. Mitchell Brown has worked with organizations that have created company-wide "ethics of deference and disagreement" to help structure a more constructive space for negative emotions. "A lot of times executives are angry because their individual needs are not met," she said, so organizations need a process to acknowledge those situations where an issue wasn’t satisfied in the moment, but still create a path toward resolution and open communication. "Instead of expecting people to suppress their anger, create processes where you can put the emotion on the table, grapple with it, and interrogate it."

As many workplaces continue their transition toward a "bring your whole self to work" mentality, leaders must create the environments where this mantra can be truly practiced. By creating a workplace where all emotions are accepted regardless of gender, leaders take an uncomfortable, but necessary step towards leveling the emotional playing field.